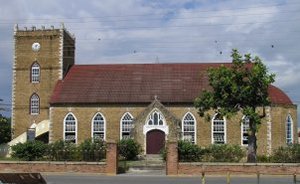 Known as the parish church, this beautiful brick edifice built in 1837 is located at the corner of High and North Streets. The remains of the original church built in 1774 are still visible at the site. Interred in the churchyard are many noted individuals who helped to shape the course and fortune of the parish.

This house is believed to have been originally owned by the Shakespeare family who were thought to be related to the famous playwright, William Shakespeare. John Leyden, a Scotsman, who subsequently owned it, brought the first car and the first electricity generator to Black River and Jamaica. Waterloo house was the first residence in Jamaica to have electricity. A plaque at this historic house trumpets this accomplishment. Located on High Street, it is one of the oldest of its kind in Black River. 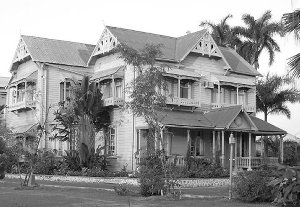 Located on High Street, Invercauld is a fine example of late Jamaica Georgian Architecture. It is a reminder of Black River's prosperity a century ago, when logwood and shipping brought wealth to the town. Built over 115 years ago, it has been restored and is presently used as a focal point to a hotel.

This house was built in the late nineteenth century. It was constructed by Adolphus Williams for Tom Leyden, who with partner William Farguharson of Leyden and Farquharson Shipping Company, were two of the richest men in Jamaica in the mid 1880s. The house is a two-storey Victorian building decorated with fretwork. 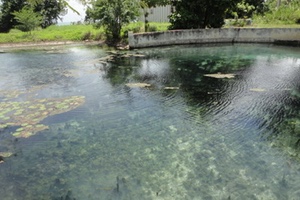 The Black River Spa previously known as the Black River Mineral Springs has been a popular attraction since the Eighteenth Century and one of the more popular spas on the island until the 1930s. Rich in sulphur and other minerals, the cold spring is believed to have healing properties. It is believed that the owner of the then Lower Works Estate on which the mineral spring was located, used it regularly to treat certain ailments such as rheumatism and intestinal troubles among his slave population. In the 1920s and 1930s the spa had become very popular with its many baths for visitors. Today the spa is in a state of disrepair.