The lack of the mass tourism in the Black River area gives it an old world charm and relative isolation compared to other tourist destinations on the island. One's sense of time slows to a crawl.

The southern coast line is a treasure chest of coves, bays and sometimes rocky shores. A mixture of dark and white-sand stretches, rocky coves, fishermen's enclaves and secluded swimming spots. It is much drier than the north coast. Rain is less frequent, so the landscape takes on a more arid persona. Plants are less green, leaves tend to be thinner not broad with the exception of the odd almond tree with its wide canopy which can be found just about anywhere in Jamaica.

For a comprehensive list of the beaches around the island of Jamaica, categorized by popular activities, visit Jamaica's Best Beaches. 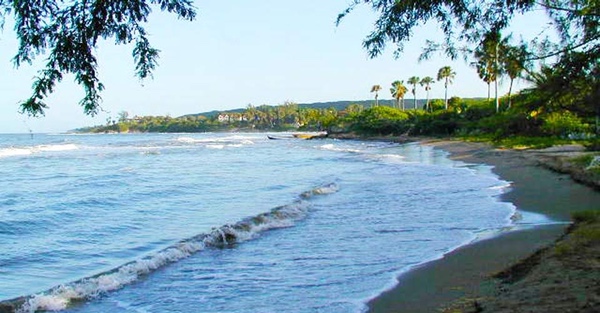 Billy's Bay is 2 miles east of Fort Charles Bay and is the second fishing beach and settlement reached when approaching Treasure Beach from Black River. Often empty; a quiet, secluded spot for visitors to enjoy serenity.

Frenchman's Bay, shadowed by Santa Cruz mountain range making it slightly greener than some others, remains relatively secluded and underpopulated. Becoming a popular tourist spot, located near the center of downtown Treasure Beach. White sands and water in a shade of turquoise, the currents are strong here, so weak swimmers should stay close to shore.

Starve Gut Bay is surrounded by interesting topography and cliffs. Much more secluded with darker sand, with possibly a few visitors from a nearby hotel. A little harder to reach, it's a glimpse of how Jamaican beaches were. Great for an undisturbed nap on the sand.

Crane Bay, tan sands of Crane Bay often include seashells and pebbles in their makeup, while the topaz colored waters are known for their often wild nature.

Great Pedro Bay is the most easterly of the settlements and beaches that make up Treasure Beach. Bounded by the great Pedro Bluffs, it is situated on the leeward side of the outcrop, which offers some protection from the more severe currents.

Bluefields, located approximately 19miles (31km) west of Black River, built by the Spanish in the 17th century during their rule, is one of the oldest settled areas in Jamaica. The city took on less significance when the British won the island from the Spanish, but the bay was still used, especially by pirates. Today its mainly a lazy sleepy village with a pristine beach set against verdant rolling hills, a popular destination for locals, especially on public holidays. 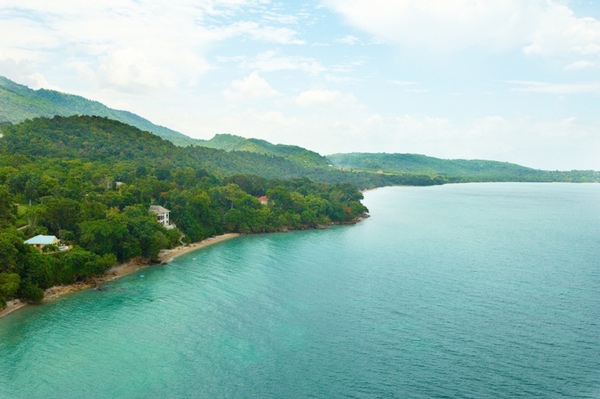 The small community of Belmont is in the Bluefields area, the location of the Peter Tosh Memorial located in a small yard off the main road. Peter Tosh, the world-renowned Reggae artist, spent his early years in the community before moving to Trench Town in Kingston where he met Livingston "Bunny" Wailer and Bob Marley, when the three combined talents to form the Wailers. His mother and stepfather still share a humble house behind the memorial, a small open building containing Tosh's tomb and some memorabilia.